In the effort of preventing the African Swine Fever (ASF) to enter Negros Oriental, Governor Roel Ragay Degamo made a strict provincial order with the entry of live pigs and pork meat products. A few days ago, about 250 live pigs were banned to enter Cebu province due to lack of papers on farm registration and the dreaded African Swine Fever.

No Animals Allowed – Dead or Alive

With the suspected cases of hog deaths in Luzon due to the African Swine Fever (ASF), Degamo has enjoined government agencies as well as local government units to enforce laws and ordinances to prevent the entry and spread of the animal disease. Animals and its meat products coming from other parts of the country are allowed to enter the province as long as these have the required documents from the concerned government agencies such as Veterinary Health Certificates, Meat Inspection Certificate, and shipping permits, among others, in original copies.

The order also prohibits travelers from bringing in meat-related food products, frozen boar semen, and pork products without corresponding shipping permits or which are not voluntarily disposed upon disembarkation will be confiscated. Shipping companies and airlines are also ordered to strictly comply with the required documents and are urged not to unload any food waste in any ports in the province.

What is African Swine Fever?

African Swine Fever is caused by a virus. The virus causes a hemorrhagic fever with high mortality rates in domestic pigs; some isolates can cause the death of animals as quickly as a week after infection. The virus can be detected all over the world. Other Asian countries that have hazard animal disease are China, Vietnam, Armenia, Georgia, and Azerbaijan. There is no possible treatment for the pigs with such disease. 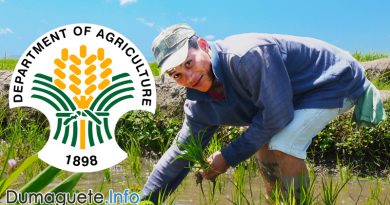 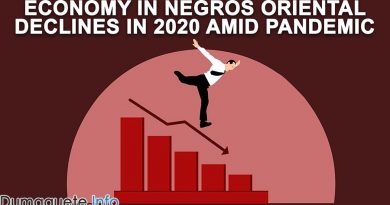 Economy in Negros Oriental Declines in 2020 Amid Pandemic