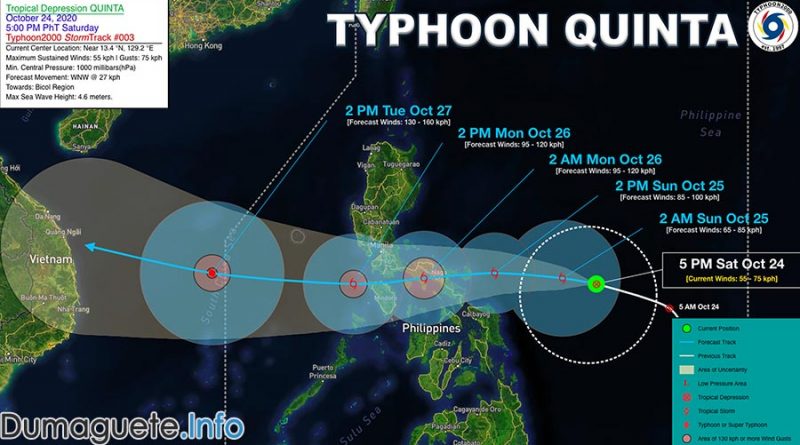 Tropical Typhoon Quinta has affected hundreds of people in Negros Oriental and other parts of the Philippines. This typhoon has also killed one in Siaton and another in Ayungon due to the flooding that started last Sunday, October 25, 2020. On the other side of the province, Negros Occidental has a total of 687 individuals and 96 families that were affected by the flooding of Typhoon Quinta.

Adrian Sedillo, Negros Oriental Provincial Disaster Risk Reduction and Management Office (PDRRMO) head, in an interview Monday afternoon said while Negros Oriental was outside of the path of Quinta, the typhoon’s rain cloud bandwidth measured around 500 kilometers in radius. A person was reported dead after crossing a river in Siaton and was caught in a flash flood. A man was also killed after being carried away while another is missing by flash floods in a town in Ayungon. The two men are residents of Barangay Nalundan, Bindoy. They were trying to cross a river in Barangay Mabato, Ayungon when they got flooded away.

According to PAGASA, Negros Oriental will have partly cloudy to cloudy skies with possible rain showers and localized thunderstorms. Sedillo said the numbers would increase as more reports are coming in from the different DRRMO operations centers. He said that some families may have already returned to their homes since the floodwaters had already subsided. Meanwhile, Gov. Roel Degamo ordered the Provincial Social Welfare and Development Office to deploy social workers to the affected areas for relief and rehabilitation purposes.

Typhoon Quinta is expected to exit the Philippine Area of Responsibility today. 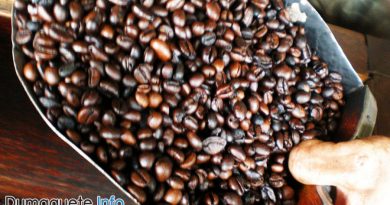 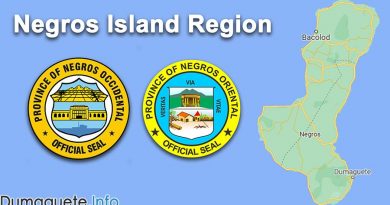 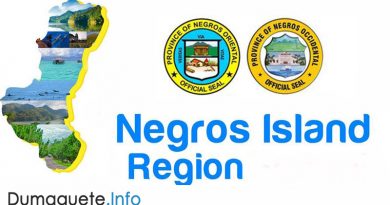