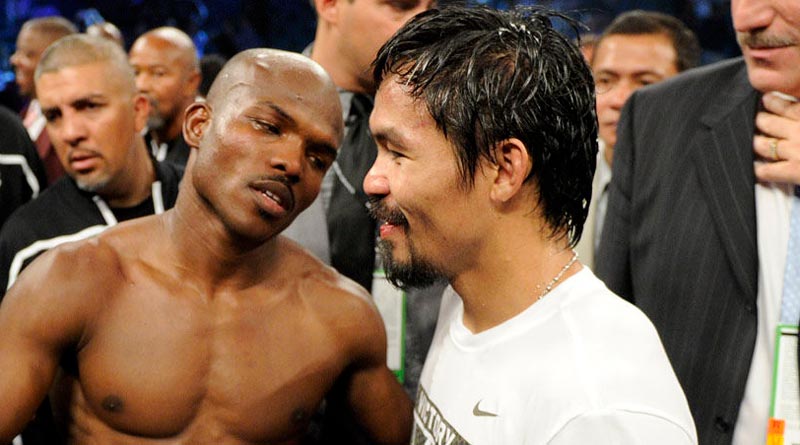 According to his Promoter Bob Amrum, Filipino Boxing Hero Manny Pacquiao will return to the ring as a fighter on April 9, 2016 at the MGM Grand in Las Vegas to fight Timothy Bradley for a third time.

It will be over 11 months since 37-year-old Pacquiao with a fight-record of 57-6-2 with 38 knockouts steps into the ring. Back then he lost clear by unanimous decisiona the rather boring “Mega-Fight” against Floyd Mayweather Jr. Bradley and Pacquiao met two times with one victory for each fighter. Both fights could go each direction with hot discussion following between the fans of both boxers.

Timothy Bradly’s last fight was a rather impressive win against Brandon Rios who got knocked out by Bradley in the ninth round last November 7th.

While the international boxing scene is rather disappointed about this re-re-fight, and social media raised already a shit-storm. Fans of the sport wanted to see the Filipino national hero against one of the strong younger fighters. One name circulating was 28-year-old Terrence Crawford. He has a 27-0 record and has proven himself to be one of the best pound-for-pound boxers at present times. Also Amir Khan is asking since 2 years to fight a big name. Khan wanted to fight Floyd Mayweather Jr. and Manny Pacquiao, but those fights never took place, as Amrum is not promoting Khan so he will lose big money to other promoters.

However, the decision lays with the former Filipino Champ and it appears that he takes his time to sign the contract.

Pacman’s Filipino supporter couldn’t care less. They want to see their idol in the ring for a (maybe) last time. Pacquiao himself told the media in an interview earlier this year, that his next fight is his last.

Bob Amrum also stated that he won’t promote the bout as Pacman’s last fight, as he doesn’t want to look like a schmuck if Manny decides to take on another fight.

The ambitious congressmen who runs for a seat in the senate in the 2016 election in May certainly will gain even more popularity with his countrymen. He might be the only Filipino Politician ever whose campaign gets broadcasted world-wide and who actually gets paid millions of dollars for campaigning, instead of spending it. 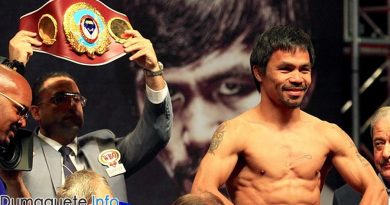 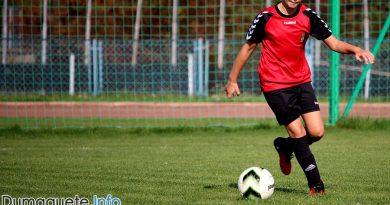