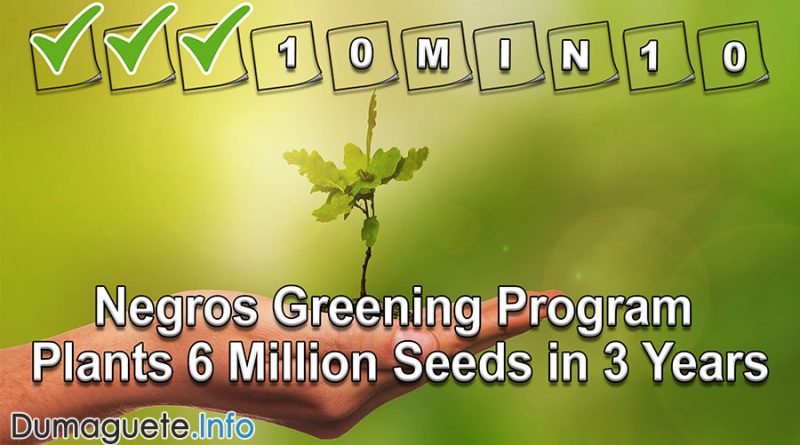 The Greening Program of Negros is called the 10M in 10 Project. This is the plan and attempts to restore forestry all over the province by planting 10 million seedlings within 10 years. The different Local Government Units of the different municipalities and cities have worked for hand in hand to continue the project. In just three years, about 6 million seedlings have already been planted all over the province.

The group disclosed this on Wednesday, as it celebrated its third year, in a simple program at the ballroom of the Perpetual Help Community Cooperative, Inc. (PHCCI) in this city. Presenting the monitoring and evaluation updates on the project during the event, Francis R. Dilig, management officer of the 10M in 10, said a total of 6,220,851 seedlings have so far been planted by the movement’s more than 150 partners from Negros Oriental and Negros Occidental.

This was done through 145 planting activities island-wide since the start of the movement” he said.

The 10M in 10 movements was conceptualized by geothermal power leader Energy Development Corporation (EDC) with partner government agencies, non-government organizations, and civil society organizations. The private sector-led movement aims to bring in more partners to achieve its goal within its set 10-year period.

Although we would like to think we’re the lead proponent of 10M in 10, we are only one of its partners,” said Vicente Omandam Jr., senior manager and head of EDC’s Reservoir and Project Management Division.

We found it fitting to celebrate 10M in 10’s annual milestones on this date, as Dec. 12 also marks the adoption of the historic Paris Agreement on Climate Change last 2015, which unites all nations in an effort to combat the effects of climate change,” Omandam said.

He recalled that the project is an offshoot of the success of EDC’s Binhi Program, a flagship program of the company that also focuses on forest restoration and where it had “successfully planted and grew 4.6 million seedlings in 6,671 hectares of forestlands all over the country.”

Awards for the Negros Greening Program

Special awards were also given to the municipality of Hinoba-an for the most number of collected seeds and wildlings during the 10M in 10 Earth Day Celebration, while the DENR – CENRO Dumaguete City and BACIWA were recognized for planting more than 10,000 native seedlings.

The group capped its celebration by planting an almaciga tree (Agathis philippinensis) at the PHCCI grounds. 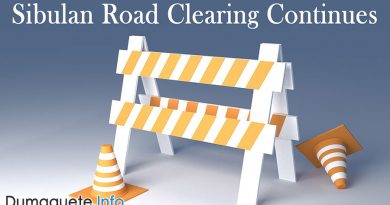 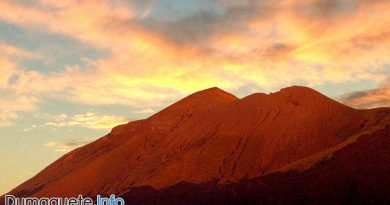