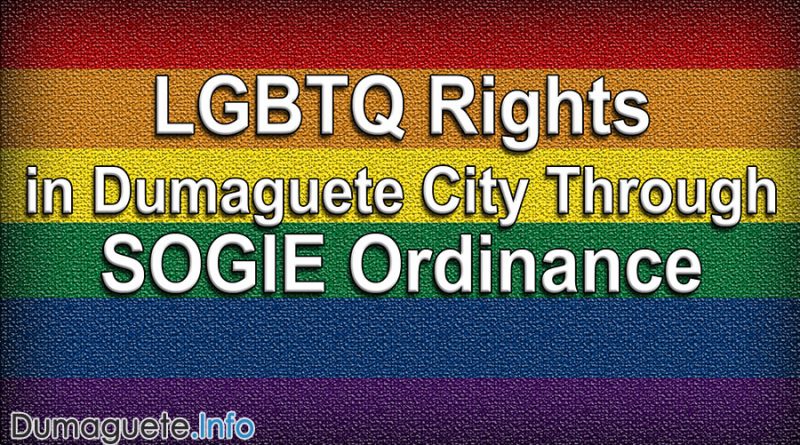 Dumaguete City Councilors have authorized the SOGIE Ordinance (Sexual Orientation, Gender Identity and Expression) which was passed by members of the LGBTQ (Lesbian Gay Transgender and Queer) community. The LGBTQ now have rights to report any discrimination, harassment or any inappropriate acts that are punishable thorough the SOGIE Ordinance.

The LGBTQ Rights was authored by Councilor Rosel Erames authored along with her co-authors Councilors Danielle Tolentino, Bernice Elmaco, Edgar Lentorio Jr., Lilani Ramon, and Nelson Patrimonio. The SOGIE Ordinance penalizes after due process of actual or perceived SOGIE-based discrimination in the workplace, school and other similar acts that undermine and harms the rights of the LGBTQs.  SOGIE concerns may now be incorporated in the functions of existing Barangay Violence Against Women and Children (VAW) Desk which will document and report cases of discrimination against LGBTQ persons. VAW Desk Officers may also assist the victims in filing appropriate compliant with the law enforcement agencies.

Prohibited Acts Under the SOGIE Ordinance

Several city councilors have observed that members of the LGBTQ continue to experience stigma, violence, prejudice, and discrimination. These were manifested through bullying, harassment, and portrayal of them in the media or otherwise as untrustworthy, dangerous, predatory and frivolous.

As a result, the SOGIE Ordinance has listed prohibited acts that are punishable. First-time violators will be required to attend a gender sensitivity training; second-time offenders can be imprisoned for not less than 60 days but not more than 1 year and or a fine of not less than P 2,000 but not more than P 5, 000 or both at the discretion of the court. This is without prejudice to any applicable criminal, civil or administrative action that may be instituted under the provision of existing laws.

The number of members in the LGBTQ community is growing in Dumaguete City. What are your stands and how do you feel about the new SOGIE Ordinance? Let us know in the comment section below! 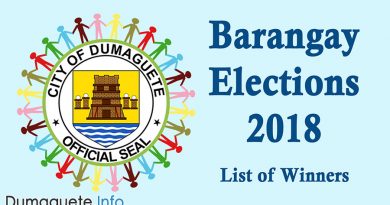 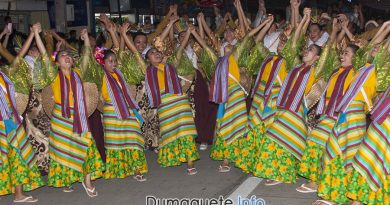