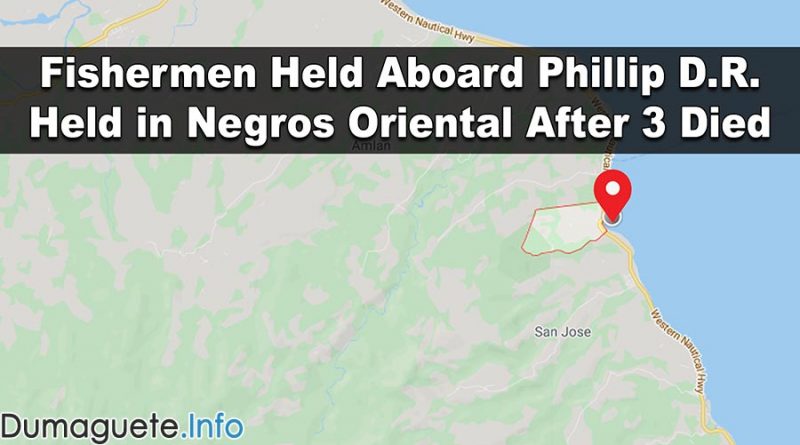 The Inter-Agency Task Force on Emerging Infectious Diseases (IATF-EID) are watching over the Phillip D.R. vessel that is now anchored off Barangay Jilocon, San Jose in Negros Oriental. Three of the fishermen on the said vessel have died during their fishing expedition.

The Phillip D.R. vessel departed Dumaguete City some when last March 2020. Since then, three fishermen died during the expedition. The date of the fisherman’s death was not immediately known as more information is being gathered by the IATF-EID. According to Dr. Liland Estacion, Assistant Provincial Health Officer and head of the IATF-EID, medical certificate issued by the Sibulan local government showed the cause of death was ulcer. The body of the last fisherman to die on board the deep-sea fishing vessel that arrived in the town on Sunday was cremated on the same day.

Although proper health protocols had been followed in retrieving and disposing the body, safety precautions had to be observed for the rest of the fishermen on board. The two other fishermen who died were admitted in Metro Manila and were swabbed for testing before they died. Governor Roel Degamo had ordered authorities to obtain copies of the death certificates of the fishermen who died, and the throat swab results of the two who died in Metro Manila.

At the moment, there are three other fishermen from the Phillip D.R. vessel who are admitted at a hospital facility in Metro Manila.

For now, they are all ‘quarantined’ on the vessel and being monitored, and the decision to have them throat-swabbed for possible Covid-19 infection will be determined after an inspection by the IATF-EID team, said Dr. Liland Estacion.

A composite team have gone on board this yesterday afternoon, May 18, 2020. The team was tasked to check the situation, do an actual head count and sanitize the vessel. All aboard are considered as suspects for COVID-19 and swab specimen will also be taken from them. The fishermen (almost 200) aboard the Phillip D.R. are from the different LGUs in Negros Oriental. They will also undergo a mandatory 14-day quarantine in one of the isolation facilities in the province before they can go home. 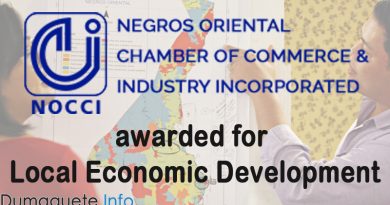 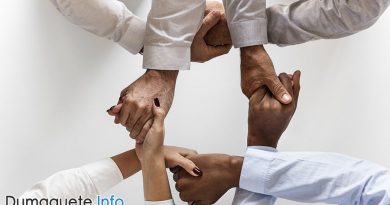