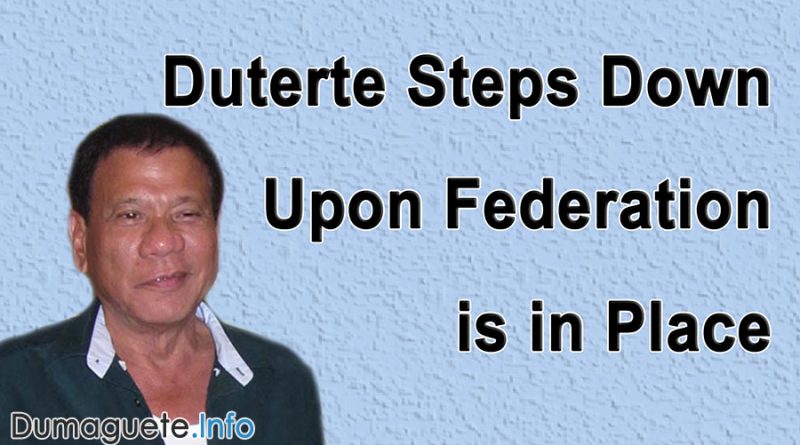 The President of the Philippine Rodrigo R. Duterte has vowed to step down after his reign and after a federal has been formed. He made his announcements during the Independence Day last week, June 12, 2018, at the Emilio Aguinaldo Shrine at Kawit, Cavite.

Rodrigo Duterte will end his six years term on 2022. By then he is to make sure that everything will run smoothly for a federal form of administration to function. After he makes the country federated, he will be happy to step down.

Everything must be in place, including holding a plebiscite, before the president steps down after his term.

We’re just trying to perfect everything and if you want a new leader during the transition you can provide for that in the law itself … and I would be happy to step down,” the President Duterte said.

According to the president, he would like to leave a legacy for being a man who changed the transition of the country and to change everything that worked. President Duterte simply dismissed any form of speculations and accusations of holding his power by allowing the federal form of administration.

The sole reason why I am holding out is because I do not want trouble,” he said.

Accusations that I want to extend my hold on power are garbage,” he added.

Consultation of Federalism in Dumaguete

Last Sunday the ConCom was held to draft a form that would propose on federalizing the regions of Negros Oriental and Negros Occidental. The Press Conference was held at yesterday at the Southview Hotel in Dumaguete City. The First Regional Consultation on Federalized Negros will be having a Consultation Proper today at the Negros Oriental Convention Center. 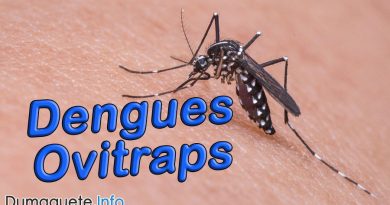 PHO to use Dengue Ovitraps 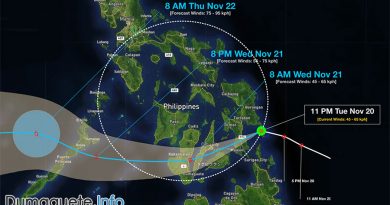 Typhoon Ulysses – 5th Typhoon to Hit the Philippines in a Month