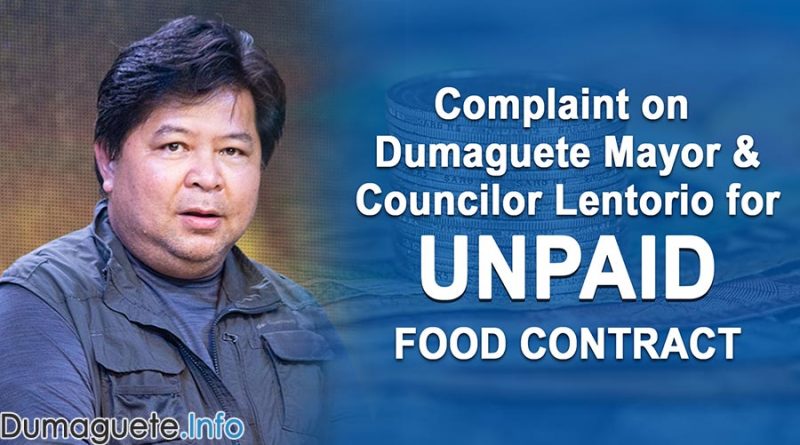 Dumaguete Vice Mayor Alan Gel Cordova along with some City Councilors have signed a verified complaint to the Ombudsman. The complaint was addressed to Dumaguete City Mayor Antonio Felipe “Ipe” Remollo, Councilor Edgar Lentorio Jr. and many more for the 10 Million Food Contract fail that has been with great effort concealed from the media and the public.

Aladdin Restaurant & Café was granted the 10 Million Food Contract by the city government; wherein food was to be provided three times a day from April to June to frontliners in Dumaguete City. After the food was delivered, restaurant owner Patrick Henri George complaint about not getting paid. Upon investigation, it was discovered that Aladdin Restaurant & Café did not have a Mayor’s permit. This was a key requirement for the 10 million food contract.

Although Mr. Patrick Henri George & Dr. Rosanna Habaña are not public employees or officials, they are being impleaded as respondents for conspiring with the public respondents in allowing their restaurant to be used as a dummy. The Complainants said George lied to the Council when he declared it wasn’t Lentorio’s name that appeared in the transactions with 143 Houseware, to which Lentorio nodded in agreement. The next day after the investigation, representatives of 143 Houseware told the City Council they only dealt with Councilor Lentorio, and that they did not know of George.

The complaint alleges that the City officials violated Section 3 )e) and (j) of Republic Act 3019 or the Anti-Graft and Corrupt Practices Act by giving unwarranted benefits or preference in the discharge of their official functions through manifest partiality, evident bad faith, or gross inexcusable negligence.

Last month, the city government was willing to pay an amount of 12.2 Million Pesos to stop the food contract dilemma. In which the city council has taken every account as to why it had come to such. Upon further research, it was revealed that since Lentorio could not enter a transaction with the city (being a councilor already), Mayor Ipe and Depositario made it possible to bring in George of Aladdin. That is how Aladdin got the food contract despite not having a Mayor’s permit.

The legislators also said the Mayor is apparently using his Office to conceal from the City Council the highly-anomalous transaction with Aladdin by issuing a gag order to the Executive departments, preventing them from appearing before the Council to help shed light, without the Mayor’s written consent. Dumaguete City Mayor informed the council through a letter that no department head may appear before the Council without formal written consent from the Mayor. According to him, this is to prevent information from reaching the media.

In a letter signed by the seven Councilors, they said that while they do not condone any wrong-doing committed by any public official nor any irregularity concerning public funds, and holding wrongdoers accountable for their actions, they refused to sign the administrative and criminal complaints because they disagree with the theory of the case. They said that a conspiracy theory is a weak theory and may result in the dismissal of the case.

During a noontime press con last Wednesday, Mayor Ipe said that the charges and counter-charges will not help Dumaguete at all. Referring to the recently filed complaint by Vice Mayor and other city councilors.

Let’s move on as responsible public officials, friends, and colleagues. But let’s not lose focus in our fight against COVID,” Remollo said. 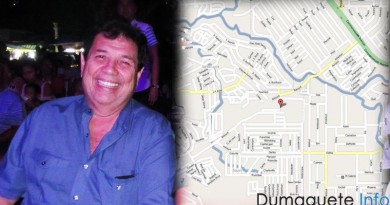 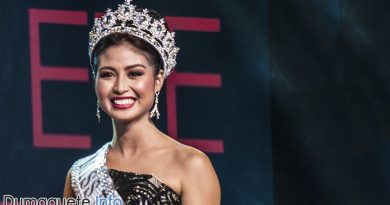