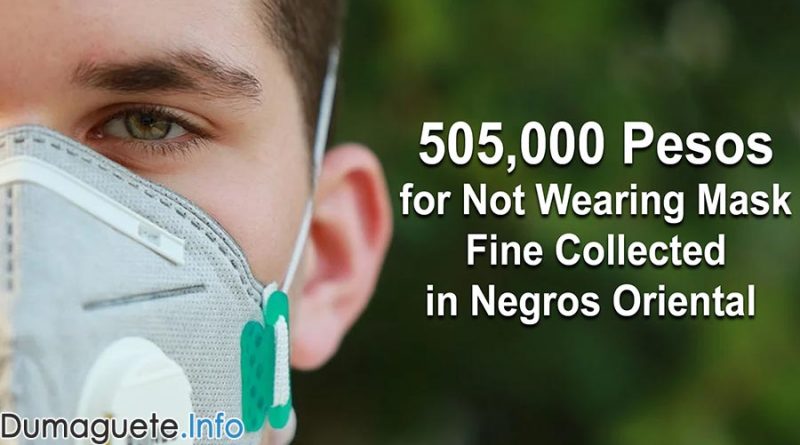 A total of about Php 505,00 was collected in Negros Oriental through the different municipal and city treasurer’s office for not wearing of mask in public. According to Philippine National Police (PNP) Negros Oriental Provincial Director Col. Julian Entoma, most of the violators were first time offenders and were fined Php 200.

Although most of the offenders were first time, here are the fines charged for second time and third time offenders. Second time: Php 500, Third time: Php 1,000 and possible imprisonment of not more than 1 month. The provincial police director, together with Dumaguete City Police Chief Lt. Col. Wilfredo Alarcon, also gave updates on the peace and order situation of the province amid the COVID-19 pandemic.

There were 122 individuals arrested and fined for not wearing a face mask in Dumaguete City. The mask fines were then collected by the treasurer’s office. There were 69 individuals were arrested for violating the curfew in the Dumaguete city which runs from 9:00 pm-5:00 am. While another 46 individuals from all over the province were arrested and filed cases for violating the curfew. The police were given orders by their national office to arrest and file cases against curfew violators starting April 21, 2020.

Aside from the curfew, police officers were also tasked to conduct a massive operation against drivers and motorcycles drivers who are not wearing a helmet and face mask. Added to this, the TMO (Traffic Management Office) cited tickets to drivers wearing slippers. 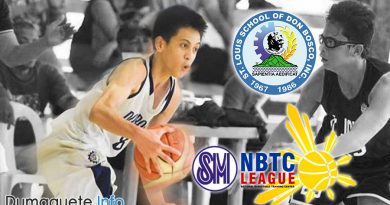 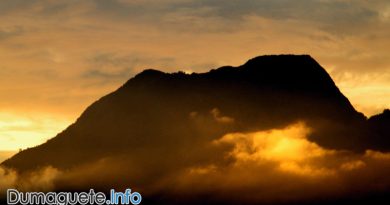 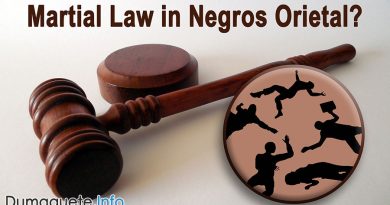